As seen in Entertainment Beat April 2020

Full disclosure here is that I have known Lucien Spence since the early 2000’s working as the editor for his father’s newspaper the Thunder Voice News.

Unfortunately, Dennis Spence moved on to the next world in 2013 leaving a big hole not only in the community but in all the hearts of those who knew him.

“My dad, he’s always been here with me,” said Spence. “And I think he’s been opening doors for me. Helping me to find success.”

On his latest album, Spence said that the song “By the River” is a song for his father.

I knew him to have a six string acoustic around and hear his rumbling big bass voice cover country standards from the 60’s and 70’s.

His latest single “Honey, Do You Miss Me?” is currently number 17 on the Indigenous Music Countdown.

It’s great to see he hasn’t given up on the dream.

I remember him entering the NCI Country Jam multiple times and taking the stage to entertain the audience with all the gusto in his heart.

If I recall correctly, he did win the Sidney Castel Award at one of the jams.

It’s being played on the Sirius XM Satellite Radio playlist. And in January 2016, Lucien teamed up with Dave Rodgers, a well-known business man and songwriter from Portage La Prairie, MB. They spend a lot of their time writing, collaborating and promoting their songs on AM/FM Radio, and Sirius XM Satellite Radio. Their music has taken them to Nashville and Memphis Tennessee where Lucien performed in seven shows.

In 2017-2018, Lucien and Dave co-wrote six new songs. “Nashville Ready” and “By the River” and are being played on Sirius XM Satellite Radio playlist. All six songs, “With My Friend”, “By the River”, “Nashville Ready”, “Thunder on the Run”, “Let it be Hey Buddy Let it Go”, “Giving Up Is Easy” are being played on AM/FM Radio.Lucien latest  2019 relseae called “Honey Do You Miss Me” Dave Wasyliw from Doc Walker who produced the song and did back up vocals. Murray Pulver who has played for Crash Test Dummies and Doc Walker did the  lead guitar and Russ Pahl from Nashville who as worked with some of the world biggest country stars.

Lucien plays his music for many fundraising functions, charities, and is always willing to help when possible. He was honored to open a show for Marty Stuart and has performed many shows with the well-known Ray St. Germaine. Lucien’s influences in music are Hank William Jr, Waylon Jennings, Bob Seger,, Billy Simard and Ray St. Germaine. 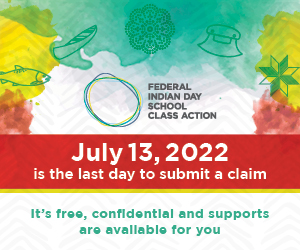