Let me start off by saying congratulations to all the graduates from Neeginan Institute of Applied Technology at the building that used to be known as the Aboriginal Centre of Winnipeg.

When I went through the Red River College program known as Creative Communications, I was a journalism major who was taught the classical forms and unwritten rules of journalism.

Things like don’t insert yourself in the story and to remain neutral in stories but those rules are limiting. For example, the reason why you don’t see many stories about graduations in newspapers is because a lot of people graduate, so my journalism instructor opined, and that isn’t really news.

Well, many of those people aren’t Indigenous with quite a few people in society still holding onto racist stereotypes that Indigenous people are lazy.

Bill Shead, now the vice chair for the Centre for Aboriginal Human Resource Development (CAHRD), used to be the person in charge of the redevelopment of what was the abandoned CP rail station bought by a group of Indigenous people and christened the Aboriginal Centre of Winnipeg.

It’s now known as the Neegninan Centre with Aboriginal falling out of favour as a word used to describe the original peoples of the land.

“These people are courageous to make the decision to come back and get themselves an education to get trained to do something,” said Shead. “Not for their own benefit but for their families benefit to make sure they had a better life. When they’ve gone through difficulties, that takes a great deal of courage just to make the decision and then to stick with it. And actually graduate. Then to go out and get a job.”

Shead pointed out that a week earlier he attended the 24th graduation class of the adult learners program.

For those who might not be aware, when applying for a program through CAHRD, a test is given and unfortunately some candidates don’t have the required scholastic skills in langauge and math to successfully complete a program.

And at Neeginan Centre, the goal is to help the students have the skills to complete a program. It’s more than having butts in the seat and collecting the funding for that person in the program.

He said with that graduation from the week before marked over 900 people who have graduated from the high school program.

“It was rather an interesting group,” said Shead. “We had a mother, son and daughter graduate together as adult learners. There was one individual fighting terminal cancer. To see that group of people graduating gives you an idea about the type of clients we are dealing with.”

Heather McCormick has been at Neeginan since 1997 and is now the CAHRD education director.

“I’d like to think we are having a profound impact on our students. Most of our students have children and once our students graduate their children are more likely to stay in school and graduate one day as well.”

Some of her students, McCormick said for example, have come to CAHRD starting off in the literacy program before moving on to the high school adult courses. And then after that, take one of the industry accredited post secondary courses offered at Neeginan.

The Neeginan Institute of Applied Technology is more than just the former CP station. It also includes the building beside the Neeginan Centre that houses some of their industrial programs such as welding and, in the past, aircraft maintenance courses.

There is also housing for students that includes an apartment building and townhouse units just a stones throw from Neeginan Centre.

And of course there are the graduates.

I stepped outside of the rotunda at Neeginan Centre. It’s like a really big hall with 30 foot ceilings and hard surfaces all over the place that make any use of a PA system somewhat moot with the sound bouncing back from all over the place.

Someone recognized me and asked me to take a pic of a graduate with her family and friends since he assumed I knew how to frame a shot having done so many in years as a journalist.

I took a quick shot with my own phone after that and asked her for an interview.

Samantha McDonald said she was happy to have completed the 10-month business administration assistant program and already has a job waiting for her in Nelson House.

She is a single mother with two boys and one girl. Though she is “moving back home” for the summer, using the parlance of the urban First Nation person. McDonald has been accepted into an accounting program in the fall but hasn’t made up her mind if she wants to keep working or go to school in the fall.

“Yes, I graduted for them. I wanted to prove to them that no matter what that you can do it,” said McDonald.

“This is actually my second graduation from here in two years,” said Bradburn. “I graduated as a mature grade 12 student last year. And this year I graduated from the BAA program.”
In the fall, she plans to take the Community Economic Development course at Red River College. And although she had a job offer she wanted to pursue an education more.

“I’m a single mother. I have eight children and I have custody of my granddaughters too,” said Bradburn. “That’s another reason I did it for ny children because I want to break the cycle. I want my kids to know it’s never too late and to never give up.”

One of her daughters was so inspired that she went back to school and Bradburn hopes she graduates. 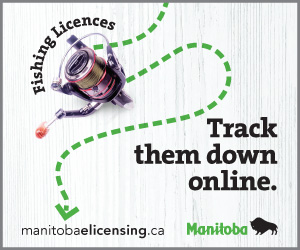 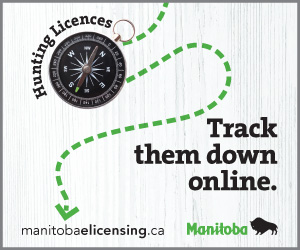 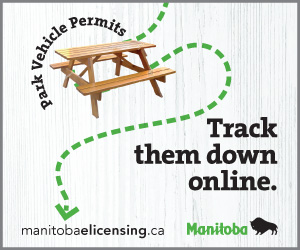